Who was St. Patrick and Why Do We Celebrate His Life?


Great for Pet Entertainment and makes a Great Nature Gift

St. Patrick?s Day is known as a day of celebration and festivities, but very few people know the true story of St. Patrick and who he really is. By tradition, he is a patron saint of the Catholic religion because of the captivity that he went through, the time of solitude and his great faith, and eventually the number of people that were converted to know God through him. It is legend that he heard angels and they helped him in his decisions. All in all, he is known as the patron saint of good luck and blessings to the Catholics in that era up until the 21st century.

St. Patrick was a real live person born in the time around 400 AD in Roman Britian, when the British Isles were still under the domain of the Romans. He was born with the name Maewyn. His name wasn?t changed until he was in the monastery. His father was a soldier in the army, and Patrick also reports him to be a deacon, civil official, and a town councilor, who was a son of a Romano-British priest. The family was Christian, but they weren?t extremely religious, some historians even say Patrick was agnostic in his childhood.

According to his most famous work, the Confessio, Patrick was captured along with many others when his village was attacked, and he was taken to Ireland as a slave. Patrick was under the authority of a druid high priest and his family and here he learned the native Celtic language which he later used to communicate, and help those to be converted.

After 8 years in captivity, he escaped at the age of twenty-two, and legend has it that an angel directed him to spend twelve years in a monastery near Paris, France, where he adopted the name Patrick. It was during this time of captivity that Patrick found God and developed the habit of praying throughout the day to strengthen himself and to be closer to God. It is recorded in the Confessio that he would often pray up to 100 times a day. One night, while in the monastery, he said he heard many voices that were calling him back to Ireland to help the remaining slaves. At this time he was somewhere in his mid thirties and so he answered the callings. He became one of the first Christian missionaries in Ireland.

He was confident in the Lord, and he journeyed far and wide, baptizing and confirming with untiring zeal. Indeed, Patrick was successful at converting Ireland to christianity . And he even made important converts even among the royal families. For 20 years he had travelled throughout Ireland, establishing monasteries, schools and churches, which would aid him in his conversions. He died on March 17th.

You can see how originally this was a Catholic holy day, but today St. Patrick’s Day has evolved into more of a secular holiday. Or, rather, ‘be Irish Day ‘. Speculation as to why this holiday is so popular could be the coming of spring that occurs within just a few days.

This Squirrel Feeder is quite unique and funny. Basically you put the food inside, hang it from a branch and wait for the fun to begin!

Donald Trump Squirrel Feeder, Keep Squirrels Away from The Bird Feeder and Entertaining You Instead A great place to find bargains is a special section on Amazon. These specials fall into many categories so click below to find out more…: 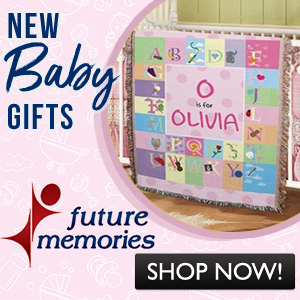 Disclosure: This page includes some affiliate partner links which basically means if you do click a small commission may be earned where you would not pay extra and some of this money earned would be applied to keeping our web site(s) updated and maintained for all viewers. We do promote certain products and services at this site that we believe are great (we either use them or would use them). You can read our full Affiliate Disclosure, Disclaimer & Privacy Policy here
Disclosure: C. A. Saucier is a participant in the Amazon Services LLC Associates Program, an affiliate advertising program designed to provide a means for sites to earn advertising fees by advertising and linking to amazon.com.